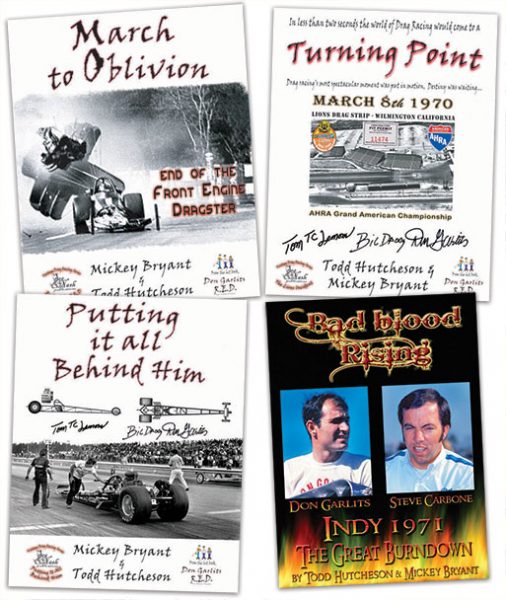 A quick read of one of drag racing’s historic events. 25-30 pages each. Autographed by legends of the sport! More coming…

#1 Turning Point – In-depth analysis of Don Garlits’ explosion on March 8, 1970 that prompted him to build his revolutionary rear-engine dragster.

#2 March to Oblivion – What events lead to the extinction of the front-engine dragster and how they became obsolete and dangerous at the end.

#3 Putting It All Behind – The detailed account of just what Don Garlits did in building his Swamp Rat 14, the first successful rear-engine dragster.

#4 Bad Blood Rising – Detailed analysis of the famous burndown at the start of the Indy Nationals final in 1971 between Don Garlits and Steve Carbone, including what lead up to this intense rivalry.